Each year the Dutch Armed Forces organize an international Air Assault exercise called Falcon Leap. This international exercise coinsides with the commeration of Operation Market Garden. This year marked the 75th anniversary since the start of the Operation Market Garden. Market Garden was the allied plan to seize all the important bridges that crossed the river Waal, Maas and the Rhine in order to be able to reach the German Ruhr area, Germany’s industrial heartland. It was believed that this would end World War II before Christmas 1944.

Operation Market Garden was devided in two parts. Market was the airborne assault of the Operation and would parachute troops near the cities of Eindhoven (101st Airborne Division, USA), Nijmegen (82nd Airborne Division, USA) and Arnhem (1st British Airborne Division and the 1st independent Polish Parachute brigade) in order to capture the key bridges that cross the three main rivers and Garden which was the ground based assault, performed by the British 30th Corps, that would cross the bridges once they were in Allied hands.

To commerate the airborne operation of Operation Market Garden, Exercise Falcon Leap organised parachute jumps at some of the same dropzones as used by the Allies in 1944. 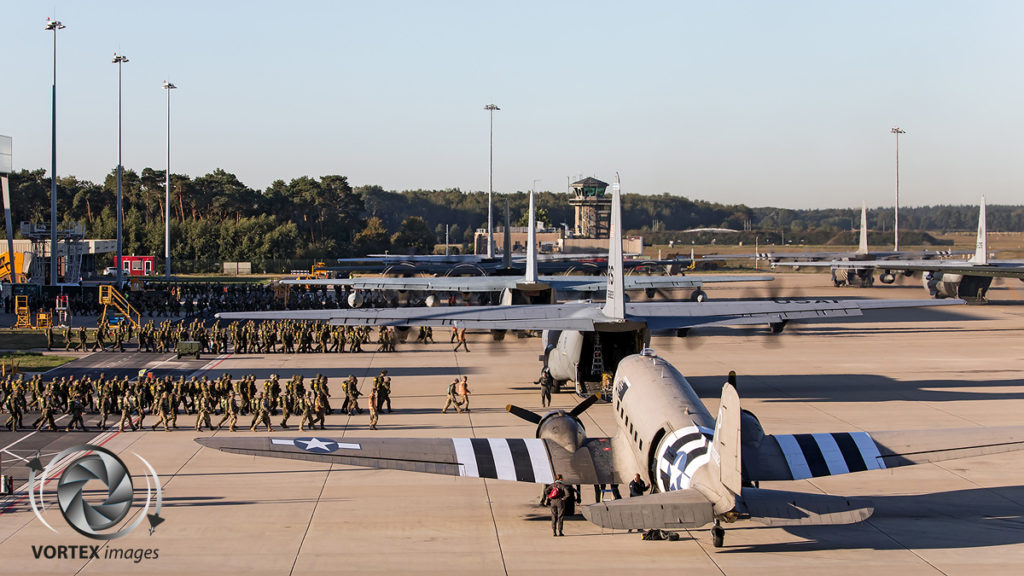 In order to drop these paratroopers aircraft are needed. Therefore a number of nations send aircraft to participate in this exercise. A first this year was the participation of the United States Marine Corps (USMC). The USMC took part with a KC130J from VMGR-252 “Otis” which is normally based at Marine Corps Air Station Cherry Point in North Carolina. Besides the USMC C-130, Falcon Leap also saw C-130 aircraft from the Air Forces of Belgium, Great Britain, Italy, United States (USAFE), and the Netherlands. Further participants were a C-295M from the Polish Air force and two M28 Bryza’s and a C-160D used by the German Armed Forces. Another participant was the C-47 Skytrain “Drag ‘em oot” owned and operated by Aero legend. This aircraft is a real combat veteran that took part in the Operation Market Garden in 1944. Besides Operation Market Garden, Drag ‘em oot also is a veteran of the D-Day airborne assault and Operation Varsity. The C-47 from the Battle of Britain Memorial Flight was also planned to take part in this years exercise but suffered an engine failure a week before and as a result could not take part. 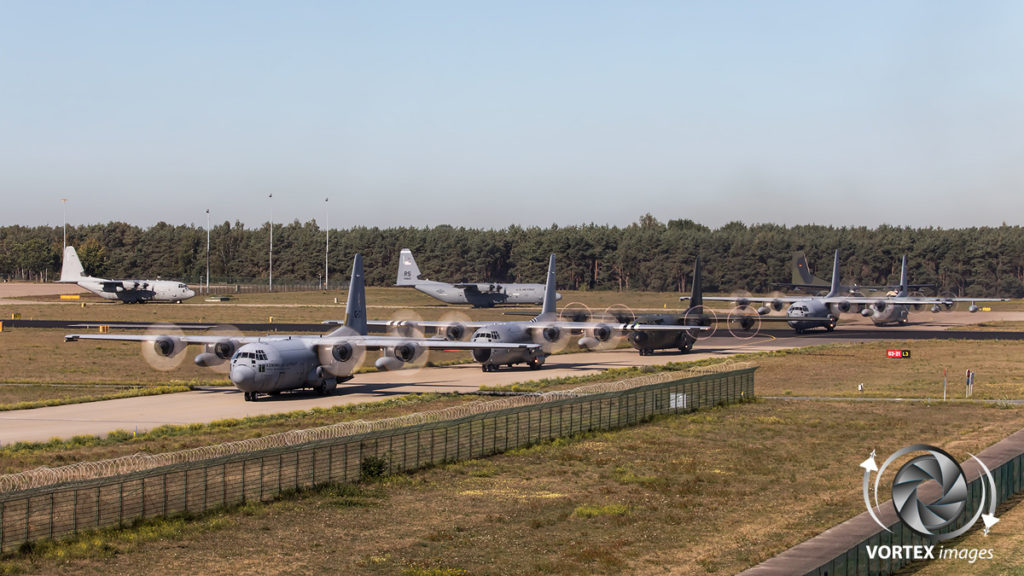