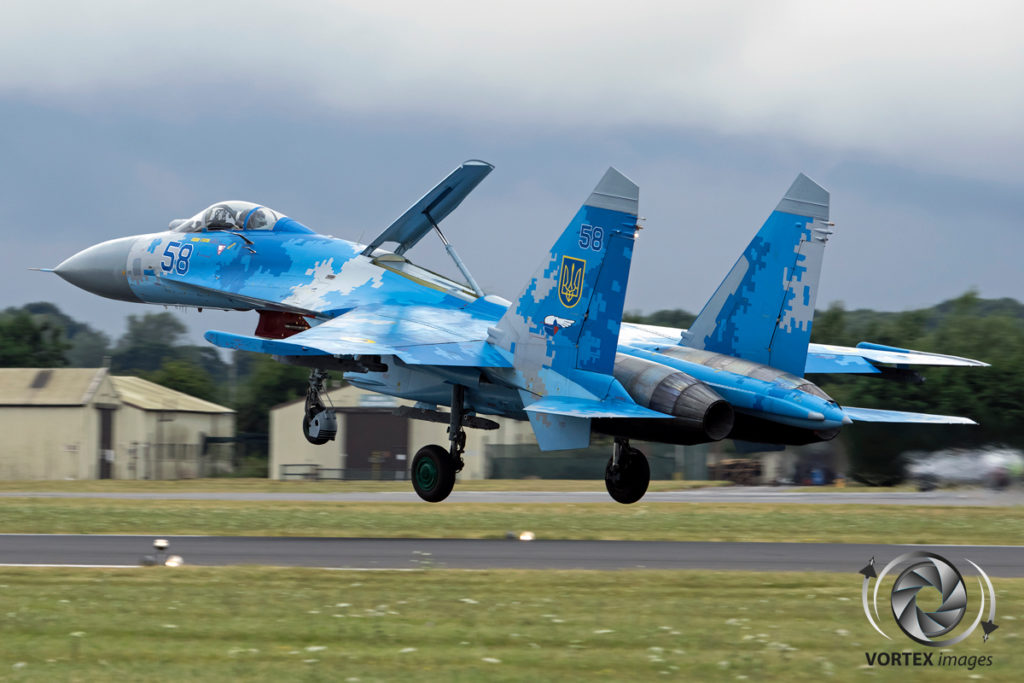 Every July the Royal Air Force Charitable Trust hosts one of the biggest airshows in the world at RAF Fairford. This years edition turned out to be one of the best in recent  years in terms of quality despite the dwindling number of participants due to budget cuts among Air Forces around the globe. Despite  this the organizers always try to organize a fully packed airshow for people to watch.

Each year the airshow has various themes around which the airshow is build. This years main theme was the 70th birthday of the United States Air Force. Due to its 70th Anniversary, the USAF went all out with the aircraft they send to this years airshow. Among the many USAF participant where the world famous USAF demonstration team called the “Thunderbirds” as well as a flypast of aircraft operated by the United States Air Force Europe. On Sunday a B-2 Spirit accompanied by two F-15C’s from RAF Lakenheath preceded this flypast as a special surprise. The aircraft flew a round trip mission to Fairford from its homebase in New Mexico. Another USAF participant, considered by many as one of the highlights, was the U-2 Spy plane which had a prominent place on the static. For those who visited RAF Fairford on Monday to witness the departures of the participants no less than two U-2 could be seen from close by while they took off on their long flight back to Beale AFB.

One of the biggest highlights this year was the participation of the Ukrainian Air Force which send two Su-27 Flankers (one for the static and one for the flying display) and one Il-76 transport aircraft. The Ukrainians were a surprise for many since their participation was only announced days before the start of the airshow. Other memorable participants were a Royal Canadian Air Force CH-147F Chinook, a Pakistan Air Force C-130 Hercules, a Israeli Air Force C-130 Hercules and a Royal Australian Air Force E-7 Wedgetail. The Royal Air Force participated with several aircraft including a Tornado GR4, serial ZG750 which is painted in ‘Desert Pink’ colors to mark 25 years of RAF Tornado GR combat operations. The jet is painted in the same colors worn by RAF Tornados that participated in Operation Desert Storm. The days for ZG750 are counted, as she will retire soon.

The Saturday show was plagued by bad weather forcing a lot of aerial demonstrations to cancel their demonstration. Luckily the weather improved on the Sunday resulting in a full display program which was witness by the many spectators. As the cloud base on Sunday was still around 2000ft  the low and mid displays where flown by the participants in the flying display. With the Ukrainian SU-27 taking off in one off the last slots of the day the weather conditions  would provide one of the best backgrounds for pictures to be taken.

This years airshows was a memorable one which will be recollected by many in the years to come.