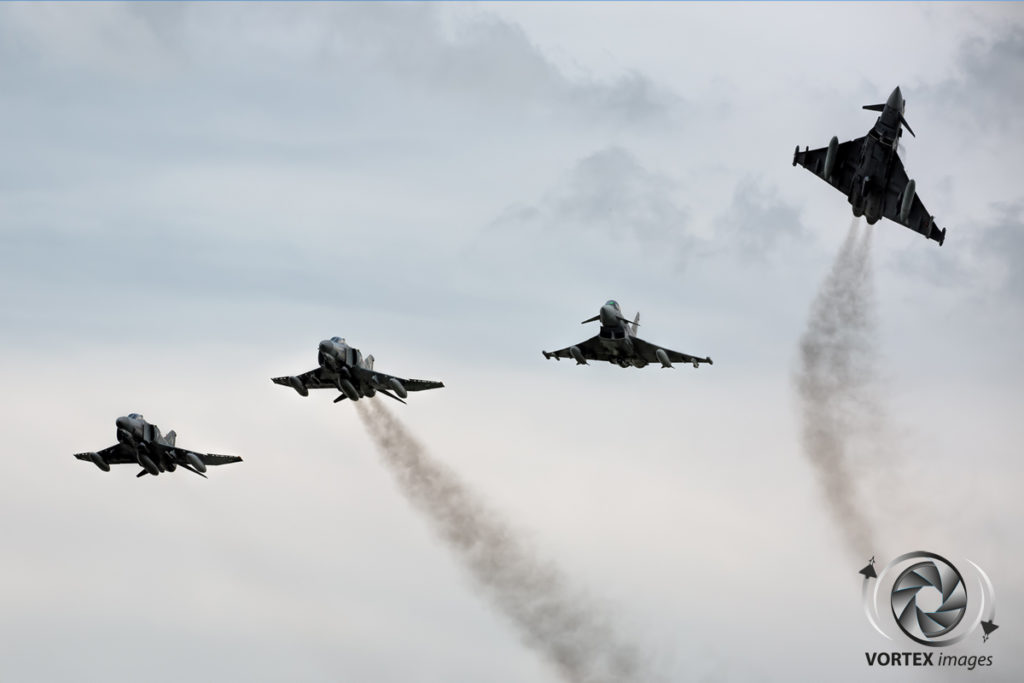 During the first week  of the exercise mainly Close Air Support missions were flown with different aircraft so that all the participants could learn about the different tactics employed by each different Air Force. In the second week the lessons learned in the first week were used to take the exercise to a higher level. The second week involved large scale missions that would integrate every asset available. These missions were flown in “enemy” territory and performing close air support in a non-permissive environment. This means that air threat and electronic warfare was present making the mission as real as possible. Many of these mission were flown to the Polygon Range in Germany where electronic warfare can be simulated. Normally these big exercises take place abroad but this time the personal of Florennes Air Base and the Stingers had the opportunity to train at their home base. Moreover, an exercises like this will improve the interoperability of aircrew in an operational environment through training and collaboration.

On the 15th of June a spottersday was organised which attracted more than 700 spotters. The Stingers invited some very special visitors to celebrate their 100th Anniversary with. Those enthusiast attending where in the thick of the action. Very special visitors arrived in the form of two mirage 2000-5’s from the Luxeuil based Groupe de Chasse  EC1/2 Cigognes. One on which was adorned in en special paint scheme to commemorate the French ace Captain Guynemer who perised during World War I on the 11th September 1917. Capt Georges Guynemer was credited with 54 victories and is considered a French national hero. Besides the French Mirages also special appearances were made by F-16’s from other Belgian Air Force units.