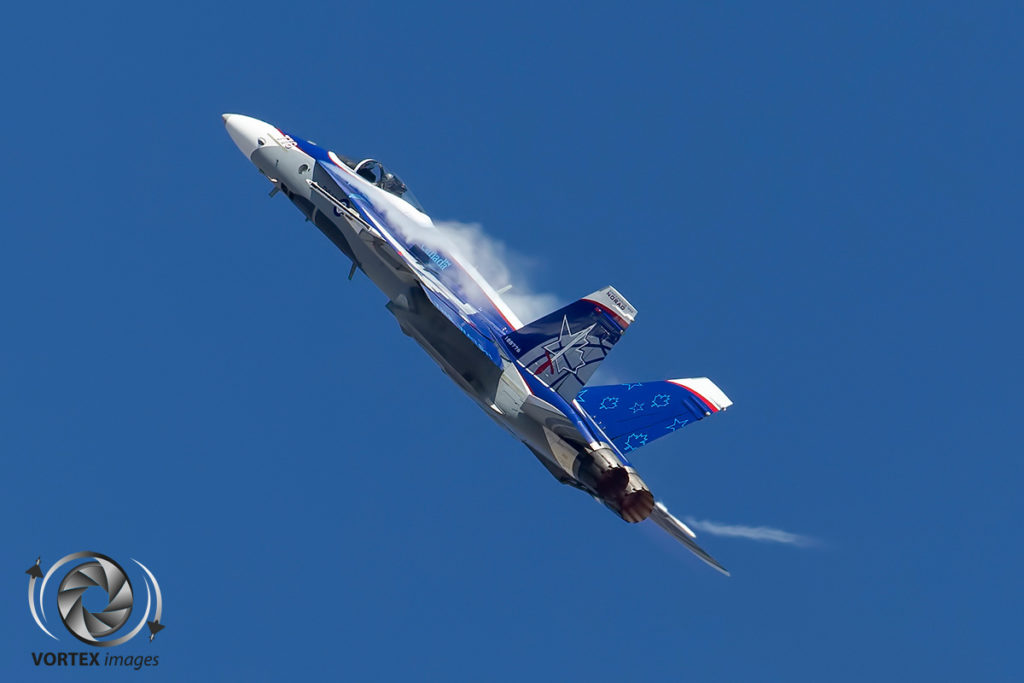 As every year in July, RAF Fairford was once again the stage of one the biggest airshows in the world, the Royal International Air Tattoo. Each year the Air Tattoo organisation selects a theme for its airshow. This year the Royal Air Force Centenary was chosen as the Air Tattoo’s main theme.

The airshow was watched by over 185,000 people who enjoyed a three day airshow with in total 302 aircraft participating. The flying display consisted of 121 participating aircraft of which the Special 617 Sqn Dambuster flyby, the Canadian CF-18 Hornet Solo demonstration team and the French Navy Rafale role demo where the highlights.  Other displays that you can’t see every day where the Ukrainian Su-27 Solo display, the one-off BBMF Trenchard Display, French Air Force Couteau Delta with their Mirage 2000Ds, the USAF F-35 Heritage Team and the special flyby of the B-2 Spirit during Sundays airshow.

While enough could be seen in the air there was also a variety of aircraft shown on the ground. Highlights among those shown where the Australian E-7A Wedgetail, the Canadian CH-146 Griffon, The An-2 from the Estonian Air Force, The first participation of the Italians Air Force HH-139 and HH-101 helicopters. Another first was the Slovak Air Force C-27J Spartan which have been added to their inventory recently. The USAF brought in a Special HH-60G helicopter all the way from Davis-Monthan AFB in Arizona by C-17 Globemaster. This specific HH-60G is operated by the 305 RQS and participated in the rescue of US Navy SEAL Marcus Luttrell during Operation Red Wings. This was dramatizes in the Hollywood movie “Lone Survivor”.

All in all the Royal International Air Tattoo once again delivered and still remains one of the premium military airshows in the world.