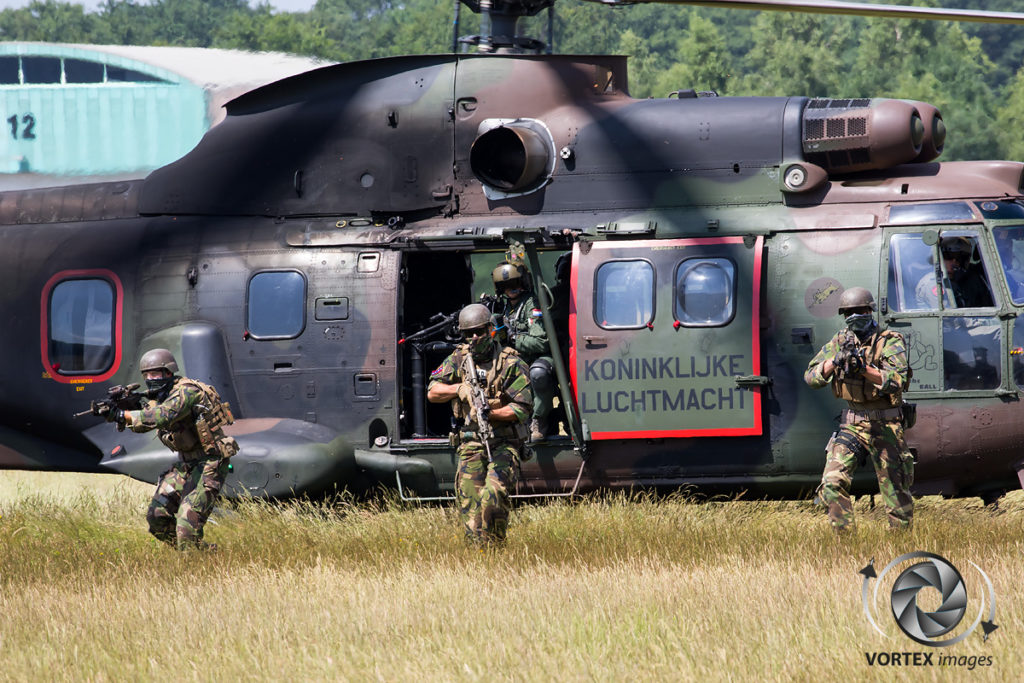 The EPRC organizes this course in order to prepare member states for Personnel Recovery missions. For example downed airmen or to save VIPs from hostile situations. According the EPRC: “The course aims to educate and train Aircrews and Extraction Forces in the implementation of internationally agreed techniques and procedures for Personnel Recovery operations as a member of a combined and joint force contingent”. This year’s course was attended by as much as 500 personnel from the Netherlands, Spain, France, United Kingdom, Poland, Italy, Belgium and Sweden, also participating where some USAF personnel. The participating countries operated the following aircraft from Gilze-Rijen Airbase:

Each day three separate mission elements were flown. During these missions various dynamic and multinational scenario’s were practiced in order to improve the cooperation between the various nations. To make these missions as realistic as possible an opposing force was also present at each location. The ERPC adds: “The result of this kind of training will be an interoperable force that will be able to provide a viable PR capability for future contingencies”. Each day the mission area’s varied. As the Netherlands is relative small, mission were also flown into Belgium. EPRC concluded “The course aims were achieved by planning and conducting 26 missions in 9 flying days, resulting in more than 140 sorties and 300 flight hours of the participating 20 aircraft”.

VORTEX-images would like to thank the Public Affairs Office from Gilze-Rijen Airbase as well as the Gilze-Rijen Aviation Society for the opportunities given.